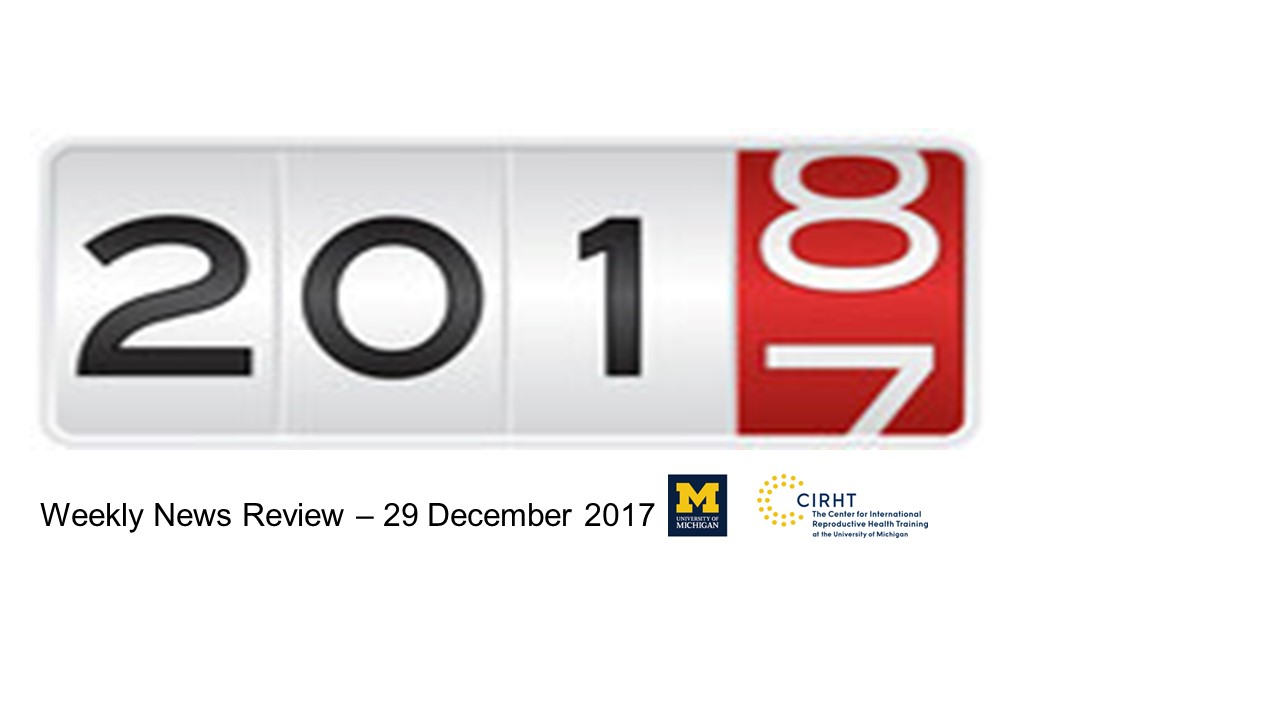 A review of the quiet news week between Christmas and New Year’s Day reveals the mixed messages that surround the basic health rights of women and girls to access contraception and comprehensive abortion care. In Kenya, one group is promoting reproductive health for people with disabilities, including contraception, while in another part of the country a church is establishing an “anti-contraceptive movement.” While Rwandan MPs want family planning services “beefed up, an editorial in Uganda calls family planning “un-African”. In Zimbabwe, an article notes the major health concern of illegal abortion – attributable to 30% of maternal mortality – and the conflicting laws that sow confusion and promulgate the practice.

In the US, an article in USA Today notes, “Nearly 50 years ago, then-Rep. George H.W. Bush of Texas called family planning a ‘public health matter’ and pushed for the first federal measure to provide money for free birth control. Another Republican, President Nixon, signed that law and called for a national commitment to provide family planning services in the next five years ‘to all those who want them but cannot afford them.’” And yet the Trump Administration continues its assault on basic contraception access. Could evidence make a difference? Colorado experienced a record drop – 54% between 2009 and 2017 – in teen pregnancy, thanks to a program that provides free or low-cost IUDs for teens.

Group in Meru is promoting reproductive health for persons with disabilities, MediaMax/K24, 29 Dec 2017

How TV Is Tackling Abortion and Pregnancy in Trump’s America, Glamour, 29 Dec 2017

How To Fight For Reproductive Rights In 2018 By Sticking To These New Year Resolutions, Elite Daily, 29 Dec 2017

Will abortion become a key issue for Kentucky Legislature in 2018?, Courier Journal, 28 Dec 2017

Looking Beyond Trump and Building Toward Reproductive Justice, Truth Out, 28 Dec 2017

From pink pussyhats to rape laws, how women’s rights advanced despite adversity in 2017, Reuters, 28 Dec 2017

A cruel new front in the war on reproductive rights, Boston Globe, 28 Dec 2017

Queensland Wants To Hear Your Thoughts On Whether Abortion Should Remain A Crime There, BuzzFeed, 27 Dec 2017

CCI to discuss taxing couples having more than one child, The Nation (Pakistan), 26 Dec 2017